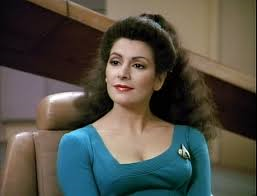 In last week’s post I touched on that unfortunate fiction trope, women in refrigerators. The term, made famous by comic book writer Gail Simone’s blog, stems from an issue of Green Lantern in which hero Kyle Raynor returns home to find his girlfriend murdered and her body stuffed into the fridge. “Fridging” has come to refer to any time a female character is killed, assaulted or (if she’s a superheroine) depowered as a plot point, in order to establish the bad guy’s badness and serve as motivation for the male hero.

Before you point out that male superheroes get beat up, depowered and even killed all the time, let me point out that the guys also come back from the dead more often, usually even stronger than before. They’re the reason people are reading the books, after all. Women, not so much.

This topic got me musing on my own least-favorite fiction clichés involving women. The two at the top of my list seem to have faded from modern storytelling, thank Goddess. Or maybe they’re still out there; I don’t read superhero books as extensively as I used to. I’d hate to think fridging is the plot device that took their place.

Top of the list: hero’s girlfriend is forced to marry the bad guy. This used to happen in the ’60s and even into the ‘70s and ‘80s. The woman was always shown standing passively at the altar with tears running down her face. Then the hero would bust in and break up the wedding with a fight scene. Dunno if she had to send the gifts back. No one ever said.

Some of these women were superpowered, or a warrior goddess, in the case of Sif from Thor. I can’t understand why she didn’t hide a dagger under her wedding dress and shove it into Loki’s gut (or lower) during the ceremony. There was always some reason why these women couldn’t defend themselves—their powers were blocked, or they were trying to protect the hero, or Loki was king of Asgard at the time and assaulting him would be treason (which didn’t stop Thor, but it was his book) or somesuch. I’m sure the real reason was because if the woman could defend herself, why would you need the hero? I don’t recall Xena ever being forced into marriage. I wouldn’t want to be her hubby on that wedding night.

If you think this trope died with the rise of feminism, think again. They trotted it out for the first season of Star Trek: The Next Generation. Deanna Troi had been promised to the son of a family friend for an arranged marriage. So she, liberated, professional woman that she is, meekly agrees to leave the Enterprise, Starfleet and her career and go off with this guy she’s never met. Welcome to feminism in the 23rd Century. Fortunately hubby was in love with an alien woman and ran off with her, letting Troi off the hook without any messy conflict or displays of independence or choice. Welcome to dumping in the 23rd Century.

Why her? Why not Worf? He was the oldest surviving son of his household. If anyone should have been coerced into marrying and supplying an heir, it was him. Lucky for him, Worf had the foresight to father a son with an old girlfriend, so the whole heir question was moot. The baby mama appeared on a couple of episodes and then got killed by an evil Klingon (see "Fridging" above).

Times have changed. These days the women would turn on their bad-guy grooms at the altar. On the other hand, the bad guys don’t bother with forced marriage threats any more. They just rape or beat up the heroine. We gained a lot but lost even more when the Comics Code went out of business.

Number Two on my God-not-again list is the woman who mysteriously gets pregnant and gives birth to an offspring (usually male) that grows to adulthood within days, sometimes hours. Not one woman in these stories ever volunteers for this duty. We turn once again to ST:TNG and professional abuse victim Deanna Troi, who was forced to endure this hoary plot as well. After her body is invaded by a ball of alien light (“raped by Tinkerbell,” as one reviewer put it), she finds herself knocked up and chooses to have the child. (Points to Worf for raising reasonable objections, but he was head of security. It was his job.) From the time the child was born until it evolved into light and left the ship at the end of the show, we never once saw Deanna on the ship’s bridge or performing her Starfleet duties. She was shown exclusively in her quarters caring for her unexpected offspring and being the perfect mom. Yes, folks, Woman As Nothing But Brood Mare will still be acceptable in the 23rd Century. Alien light beings will casually use you without your permission to perpetuate their species, and everyone around you (except the Klingon) will think that’s okay, including you. I’m glad I won’t be around that long. Doesn’t sound like it’ll be much fun for my gender.

Granted, it’s a little tough physically to put a man through this, so we’ll never have equality as far as this trope is concerned. I don’t know what the male equivalent would be. The closest I can get is Supernatural, where a modern Amazon tribe deliberately picked up guys in bars in order to conceive the next generation. The daughters grew to maturity in roughly a week and then went out and ritually murdered their sires. Naturally bar-hopper Dean fathered an Amazon child and she came after him. Sam shot her. Nobody gets between the brothers.

Those are the plots I never want to see again. Got any favorites of your own? Let me know. I’m sure there are all sorts of other ways a heroine can be abused for the sake of a plot. I just wish comic books had more physical substance. They're too flimsy to throw against a wall.
Posted by Pat C. at 3:37:00 PM

I'm not talking the natural differences here, between women and men, which must be respected and expressed in a romance, imo. But it becomes a balancing act... what's male-centered trope, and what is the real difference in the genders?

And here's another example from an otherwise excellent 1960s movie, Clint Eastwood's "For a Few Dollars More." In the flashback, the bad guy attacks two young lovers, killing the man and raping the girl. The girl gets hold of her lover/husband's gun and ... kills herself. I screamed at the TV, "You stupid twit, you've got a gun in your hand! Shoot HIM!" But it was the 1960s, and "death before dishonor" was how a good girl was supposed to deal with rape back then. Besides, she had to die to provide a motive for one of the main male characters. Fridging, including self-fridging, has been going on a long time.

Yeah, sadly, there was that mentality. Still is, especially in the Middle East societies... the whole stupid honor killing crap. At least, if the heroine was going to kill herself, she should take the bad guy out first.

jmo, but 'fridging' is a cruel sickness in this culture, and needs to be healed/overcome by emotional-mental health. It just gives the victimizer the power rather than the victim keeping their power and using it.