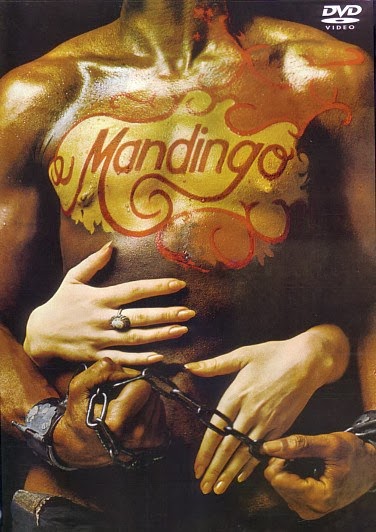 Happy after the holidays! How was your Christmas? Here in my part of Pennsylvania, we didn't get a white Christmas. We had three snowstorms in a week, then the weekend before Christmas the temperature shot up into the 50s and 60s, with rain. By Christmas Eve there wasn't a spec of snow on the ground. Then this morning a squall came through and dumped two inches on everything. Go figure.

Anyway, looks like I’ll be going into the new year with a lot of baggage from the old year, in this case paranoia and second-guessing myself. To wit:

My current WIP is an expansion of “Double Dipping,” posted here on 10/9/13, and on Shapeshifter Seductions as “Adopt a Pet” (10/7/13). A spoiled, rich, beautiful woman buys a pair of slaves to alleviate her boredom. Hijinks ensue, including threeways and kidnappings. All this from a Supernatural publicity photo of Jared Padalecki in a cage. I take my inspiration where I can get it.

In the course of writing, the physical descriptions of the characters changed considerably from their original form. Jensen’s character is shorter and more compactly built than his inspiration, with long silver-white hair and gray eyes. Jared’s character is still tall with long brown hair, but now he’s got brown eyes and brown skin. Surprised me too, but it seemed to fit.

Let’s review: I’m writing a story in which a rich white woman goes to a slave market and buys a virile, brown-skinned man as a sex toy.

Yes, you read that right.

I want to be clear here. The story takes place on an alien planet in a galaxy far, far away. The man is not African, because there’s no Africa on this world. He’s not even from Earth. He’s a shapeshifter, but doesn’t turn into a big cat or any other African-style animal. His people evolved in a desert environment; the closest Earth analogy to his ethnic type would probably be Arab. Great, now I’ll have the Muslims after me.

To sum up, he’s not black and not intended to be black. He’s an alien shapeshifter with brown skin. That doesn’t change the fact he’s bought as a slave by a woman described as white-skinned and blonde. She buys his buddy too, who’s an obvious white guy, and frees both of them well before the end of the book, but I don’t think that’s going to help. Somebody somewhere is going to read “brown” and “slave” and slam me for being a racist. If that somebody’s an editor, my book is dead in the water.

Am I being oversensitive and paranoid? Maybe. However, the current Duck Dynasty flap goes to show that anything that steps off the PC trail is going to cause a ruckus. I once subbed a book that had a European character refer to Native Americans as “red Indians.” I was asked to change it because it might be perceived as racist. No big; I changed the dialogue to “cowboys and Gila monsters.” The reptilian community was not upset, as far as I can tell. The same book had the shapeshifter characters refer to non-shifter humans as “monkeys,” “apes,” “simians,” “primates,” and even less friendly terms. I had a mobster with an Italian name, but he was a werewolf so I guess he got a pass. Aspersions were cast upon the French. The book was popular and got great reviews. Apparently racism only exists if you think you see it.

A friend of mine once tried to market a post-apocalyptic novel set in Central/South America. The bad guys were the male ruling cabal, who behaved the way jerky males in power have since the beginning of time. She was told her male characters were Hispanic stereotypes because they acted “too macho.” If she’d set the book in Wisconsin and given the men Anglo names and not changed anything else, I’ll bet their behavior would have been a non-issue. Wonder what would have happened if she’d subbed the book under a Spanish pen name?

So what do you do? If you’re a Caucasian writer, are you only allowed to write about white characters? If you’re straight, can you never write a LGBT character? Then people claim there’s not enough diversity, that everybody in books is straight and white. Gee, can’t imagine why it turned out that way. What happened to writing characters who are individual people, as opposed to being forced to represent whatever race/ethnicity/gender/religion they happen to be?

There may be a way out of this. When I get to the rewrite, I think I’ll have my FMC compare his skin color to the brown hides of the deer she has running loose on her estate. This’ll fit in nicely with the big reveal about his animal form. It’ll also get readers thinking more about Bambi and less about Kunta Kinte. Or maybe I’ll just go back to my other WIP, the one with the dragon shifter who’s half Chinese. It’s necessary to the plot, folks. It’s also M/M. Sorry if you’re easily offended. You’ll just have to deal.
Posted by Pat C. at 11:39:00 AM

This racist PC thing has gotten way out of hand, imo. And, really, get a clue. Slavery has happened since the beginning of recorded history/herstory in about every culture on Earth. African blacks enslaved black people from other tribes, and it's happening right now -- as in current day. Ethnic groups have always enslaved other ethnic groups, no matter the color or race. And, gosh, how many times have men enslaved women? And women enslaved men? Obviously, I'm not advocating slavery, and don't want anything to do with it... except in an erotic love story scenario. I've fought for civil rights and will continue. I believe in freedom for ALL! But, really, people, grow up around this issue of slavery. Get a clue about how the world works now and in the past.

btw... the bankster gangsters have enslaved most of us economically... talk about some of the REAL villains in our current-day world.

Pat, mucho success in writing your stories, however they turn out. I like the idea of his skin being brown like animal hide, since he's a shifter. I've used that in some of my WIPS.

And, if editors don't like it, and you don't want to change the story, self-publish... just put a THIS IS NOT A PC warning at the beginning. I'm doing that with the flash-scene novel I wrote... although, it doesn't have to do with slavery per se... but other touchy issues. After all, no one has to buy it.

It would be so much easier if I could use illustrations. In my mind, Devon looks like Sam Winchester with a healthy tan. To someone else he'd look like Denzel Washington. It all starts in people's heads, where you have a hell of a time getting it out.

Comic books are easier. In the ELFQUEST comic they had a race of brown-skinned elves who lived in the desert and dressed like Navajos. The pictures (pointed ears and three-fingered hands) made it obvious they weren't human, so the issue of racism never came up.

If this book sells, I'll have to ask the cover artist to use a stock pic of a dark white guy and not a black guy because the word "slave" is bound to crop up in the blurb. Just covering my butt here.

This weekend I'll be subbing an urban fantasy to the Angry Robot open call. My main character is Japanese/Latino. The cast includes an Apache hacker who pals around with an underage Jewish witch, and a Catholic priest who betrays humanity by opening a doorway to Hell. Let's see what the editors think of that, after they come to from their faints.

At least shapeshifter vs. human bigotry is still alive and well.

Illustrations DO HELP. Like you say, you can avoid the whole issue of racism.

GOOD LUCK! on the Angry Robot open call... wow, what publisher is that? And, yeah, there just might be some fainting going on, alright.

And here I was naively hoping for a world where human bigotry went the way of the dinos -- love the dinos, though -- where it was about the content of your character, not the color of your skin as Martin Luther King said... anyhoo, here I am in a world where racism is being intentionally used to divide and conquer. ~not a happy camper~