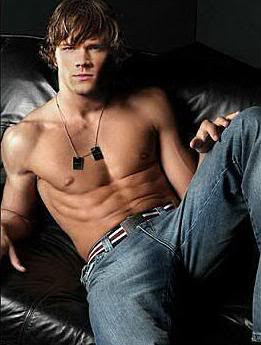 Here's another excerpt from BELONGING. It's in first-person present tense because it's a flashback. Don't ask. Except for the flashbacks, the book is told in standard linear third-person past tense. Writers are creatures of whim.

It’s a quiet night at MaeLyn’s. Jeremy leans against the old hotel bar and sips lime-flavored water from a bottle. Kellee and Arabella have a spin contest going on the barstools off to his right. The contest ends when a vampire slinks into the lounge. His eyes are far too bright, even for a vamp. Blood lust. Jeremy straightens, ready to move, but the vamp fixates on Arabella. He’s still got enough mind left to crook a finger. Arabella hops off the barstool and trots to his side. They take the back stairs to the second floor. Jeremy relaxes again.

He likes it here at the brothel. Everyone has benefitted from his knowledge. Injuries are way down since Jeremy offered instruction on how to cope with a blood-lusting vamp. The girls have all but adopted him, and vampires ask for him specifically. He’s needed. With each client, for several disjointed hours a night, he can pretend he belongs.

Another vampire enters the lounge. The girls take instant notice. This one has no shaking fingers or glittery eyes. He prowls into the room like a tiger testing an unfamiliar hunting ground. He’s aware of the girls, but he seems more intent on marking exits and floor plans, escape routes and defensive positions. That’s a natural reaction from any nightsider, especially vampires. They’re secretive by nature and demand secure quarters. MaeLyn offers free visits to newbies so they can scope out the place, certain she’ll make her money back in subsequent repeat business.

Glorielle takes it upon herself to play Welcome Wagon. She’s a wasp-waisted blonde with thighs that can crack titanium. She sweeps up to the vamp and goes into her pitch. He appears to take an interest but continues to study the room.
His recon reaches Jeremy, and stops.

Jeremy pushes away from the bar. Accustomed to being eye-groped, he automatically drops into a provocative pose. The vampire frowns but starts toward him. A collective sigh of disappointment rises from the girls. Glorielle stomps off in a huff.

The vampire halts a foot away. He’s a good-looking son of a gun. Those eyes especially draw Jeremy in. Jungle-green, full of intrigue and danger. He’s not even using a vampire’s allure, but Jeremy can’t look away. Under the heat of that regard his body melts out of its artificial come-hither and into a more natural stance. The vampire notices, and grins. Jeremy’s heart does a little skip.

He sweeps his gaze up and down Jeremy’s length. “They must have doused you with a ton of Miracle-Gro,” he remarks. “What are you, the bouncer?”

“No shit.” The vampire treats himself to a more detailed perusal of Jeremy’s body. Jeremy finds his attention drawn to the vampire’s hands. They’re sturdy and look like they’d feel right at home gripping a wrench, or a gun, or a woman’s body. Or a man’s. He imagines those hands working their way from his shoulders on down, and his heart stutters again.

The vampire finishes this second recon and smirks. “At the bat houses down in LA the hookers are all built like linebackers. Even the women. You look like they stuffed you with straw. You sure you got what it takes?”

That brings a full smile to the vampire’s lips, enough to bare his fangs. He licks his tongue across his bottom lip. “I might just take you up on that.”

Throughout the exchange his brazen stare hasn’t left Jeremy’s eyes. Jeremy is surprised. So few vamps ever look above his neck. Just looking at this cocky bat he feels—he has no idea what he’s feeling. He’s astonished he can feel at all.

This is crazy. He’s only a customer.

“Good to know.” The vampire nods. “I will definitely be back for you.” He winks and strolls out of the lounge. Jeremy doesn’t even realize he’s holding his breath until he lets it go.

Something just happened, Jeremy thinks. The girls seem to know what it is. They peek at him, whisper to each other, and giggle behind their hands. Glorielle snipes a comment just loud enough not to be clearly overheard.

He doesn’t realize it at the time, but his life has just changed again.

BELONGING is available on the Siren website, and in Kindle and print from Amazon.com.
Posted by Pat C. at 1:23:00 PM 3 comments: