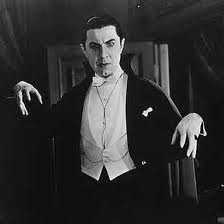 It’s release day! “Belonging” is now on the market. For those who missed my earlier chest-thumping, “Belonging” is the story of Jeremy, a young man raised by vampires, who falls in love with a vampire, only to discover his boyfriend is carting around some really serious baggage. More serious than being undead, having fangs and drinking blood, I mean.

I never thought I’d write a vampire story. Hell, I never thought I’d be writing romance. I grew up reading SF, fantasy and comic books. I watched Star Trek religiously. Romance novels in those days centered on weepy wussettes who pined after arrogant assholes who belittled them throughout the book and then married them in the last chapter. Not what I wanted to read, and definitely not what I’d write. Write a romance? I scoff at you.

Shows what I know.

At some point in the 1980s the wussettes stopped crying, got jobs, got independent, kicked those arrogant jerks to the curb and found men worthy of them. I discovered Nora Roberts and started reading romance. I was still into SF and fantasy, though the books I’d always favored had a romantic element to them. I was writing and occasionally selling fantasy stories. Still no plans to write romance.

Enter paranormals. Suddenly the fantasies had hot parts. I could get mutants and relationships in the same book. Better still, humor, long missing from both genres, was allowed. Okay, maybe I could write this.

A market call for an anthology sparked an idea and prompted me to try my hand. They didn’t take my story. Another publisher did. All of a sudden I was a published paranormal romance writer.

Hetero only, thank you very much. Chicks and dudes exclusively. Okay, back in high school when I was writing X-Men fan fiction I made Angel gay. That was an aberration. I don’t do slash. No way.

Then another market opened up, and sparked another idea. Two guys, one woman. The guys ditch the woman and end up together. It sold. Just like that I’m a published writer of paranormal M/M romantic comedy. If my English teachers could only see me now.

Still no vampires. The market, in my opinion, had become oversaturated with the fangy fuggers. Sure, I read “Interview with the Vampire,” and drooled over Spike like everyone else with estrogen. Couldn’t get into “Moonlight,” sorry. I planned to stick to shapeshifters. What else could be said about vampires? How do you make it original? Nope. No vampires, no way, no how.

You know where this is going.

No anthology this time, just the raw idea. I look down at my screen and there’s a vampire there and I’m writing about him. Them. Two guys again. What the hell? What happened to all the women?

Okay, there’s a woman. She’s in the next one. Halfway through my vampy tale I got an idea for a sequel. A M/M/F ménage. I never thought I’d be writing a ménage, but …

The moral of the story? Never say never, I guess. My subconscious is a twisted bastard and my muse is an evil bitch. If this keeps up, I’ll be writing that M/M/M ménage idea after all, and damn the pronouns. That one has an SF setting. I haven’t abandoned my background entirely.

One little side note: My original title was “Blood Lust,” but while I was dragging my feet with the final edits Stormy Glen came out with a book with that title and I had to scramble after something else. The moral of THAT story is, stop screwing off and get back to work before all the good titles get taken. I’ll never procrastinate again. Oh, wait …
Posted by Pat C. at 12:21:00 PM 3 comments: