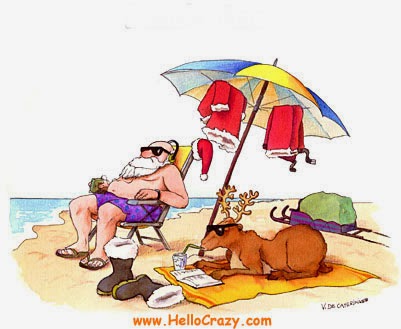 It’s not the end of the old year yet—we’ve still got a week until Christmas—and I’m already looking ahead to 2014. While I’ve resolved not to make any more resolutions, since they never last beyond the first week of January, I do have a few nascent plans.

For one thing, I’d like to get more manuscripts out on the market. I didn’t have a release this year for a number of reasons, the foremost being that I didn’t finish a story or send one anywhere. That is not how writers have a career. I’ve theorized that it’s mathematically possible to write a book in a month. Now I have to prove it. There goes all the TV watching, but watch my backlist expand!

Meanwhile, back at Christmas … I might be wrong, but it looks like they ran all the good TV specials early in the month and now they’re just showing crap. I’ve seen all my favorites: SpongeBob, Heat Miser and Snow Miser, and Shrek the Halls. I tried to watch the Grinch (the real Grinch, the 1960s cartoon, not that abomination with Jim Carrey) but it was so chopped up I had to turn it off. TV shows were more show and less commercials 40-odd years ago.

For years my traditional view-on-Christmas movie was Die Hard. Yes, that is a Christmas movie, more or less. And who wouldn’t want to spend the holidays with Alan Rickman? All I need now is a radio station that will play Cheech and Chong’s “Santa Claus and His Old Lady” and I’m set for another year.

Okay, I’m making one resolution: no more buying Christmas cards. I have a couple boxes of generic cards I picked up at the dollar store, but my brother and some special friends get funny cards from the Kmart. Or they did, until I saw what American Greetings are going for these days. Are you kidding me? So, starting next year, I’m renewing a Cunningham family tradition. For years my cost-conscious mom made her own cards with typing paper, colored pens and stickers. They were chintzy looking and funny as hell. Hey, I’ve got paper and pens, and I can draw a stick figure just as well as anybody. Look out, family members, the El Cheapo Card Company is back in business!

As for New Year’s Eve, that’s still up in the air. I’d go out somewhere and watch something drop, but it’s too damn cold. There’s also the question of whether or not I can stay awake until midnight. I used to be a night owl—I’d write from 10 at night until 3 or 4 in the morning, and I used to work second shift so I could sleep in—but over the years my sleep patterns have changed. Now I find myself fading out around 9-9:30 at night, probably because I get up around 6-6:30 in the morning, even though I don’t have to be anywhere. That just means the stray cat gets fed early. Hope he appreciates it.

My trick to stay up late used to be carb loading. A cheesesteak and Coke for dinner would keep me running for hours. These days, I dunno. Any more I just go to bed, and if I’m still up at midnight I’ll watch the ball drop in New York. The trouble with this plan is that I can’t get back to sleep afterwards.

I miss my one friend’s annual bash in Valley Forge, but I don’t miss the long drive home, or feeling like a zombie on New Year’s Day. Maybe I’ll drive the mile or so up the road to Akron and watch them drop the giant sneaker or whatever it is from wherever they lower it from. Ephrata doesn’t drop anything. I’d love to drive over to Falmouth, where they drop a straw goat from a flagpole. Let’s see what the temperature is, and how many Cokes I can ingest.

And then, starting New Year’s Day, I start producing manuscripts to inflict on innocent publishers. Unless I stay up late and wake up a zombie. Better drink a lot of Cokes. That’s pretty much my plans for the holidays. Nothing spectacular, just trying to stay awake. Bring ‘em on!
Posted by Pat C. at 8:37:00 AM

The holidays pretty much pass me by these days, except in an authorly way. Actually I've given up emotionally on all that since the spirit of the holiday gets buried in commercialism.

I say bring back the handmade cards, etc.

If you drink Coke, take extra food-based vitamins and minerals, and the trace minerals. Because coke and soda strips minerals out of the body.

Yeah, I'm with Santa and his reindeer, let's all go the beach.

The Coke is for the caffeine. A cup of tea with sugar in it should work just as well. I use that when I want to stay up later than 10 pm to watch TV. It works.

After my stomach surgery in 2004 I fell out of the habit of drinking soda. I know have maybe one a month, if that. I tend to go for Sprite or some form of lemon-lime because it's easy on my picky tummy and doesn't contain caffeine. Oh shit, I'm old.

Oops, that "I NOW have." Maybe I should consume more caffeine.

Green tea, if you like it, is a healthy source of caffeine. Also, I use small amounts of the caffeine-containing herb, Guarana, at times. It has healing properties as well.

Yeah, at that rate, soda isn't going to do much. There's a natural ginger ale brew that I wish I could get again. And there are good real herbal rootbeers that are far more tasty than the regular stuff.